For a car guy like Jay Leno, you never hear of him being involved in an accident, until now.

Wow this is so crazy. Jay looked like he was moving a little slow there. Bob Riggle jumped out of the car. checking to see how much damage happen to the car. Sad to see the car all smashed up, funny seeing Jay fly around in the car. Glad to see know one was hurt except the car.. I wonder if the wreck was on Jay’s Bucket List?

Georgetown University President John J. DeGioia pledged a large effort to make amends for the university’s sale of 272 slaves in 1838. DeGioia told The Washington Post on Wednesday that the university will unveil plans later this summer to address the legacy of slavery, racism and segregation at Georgetown. In February, he announced that the…

How Crazy is this? Sears catalog had on no electric items…

Chandler at the age of 6 with our Chow Chow.. 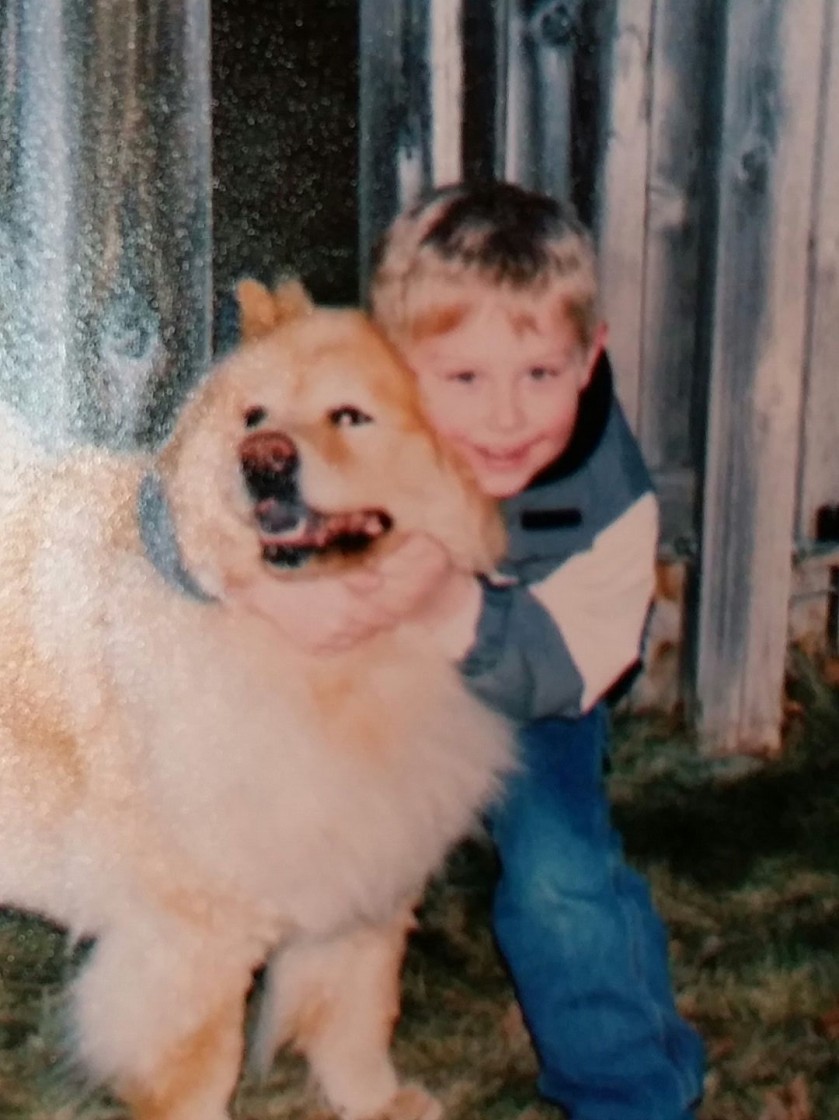 Chandler leaving on a airplane to Fort Benning, and Chandler at graduation ceremonies (Pinning of the Blue cords). Chandler and his trainer Duvall the guy Chandler hated, but when its all done Duvall did his job. Chandler is happy at Fort Bragg. I’m thankful for Duvall for his dedication for putting up with the young recruits. Chandler also saw past the yelling and had Duvall pin the blue cords on him (respect).

Chandler on his way to Fort Benning

A 41-year-old New York City stay-at-home dad has been posting YouTube videos of himself learning to skateboard every day, and he’s been steadily improving his skills. “I never thought I was cool enough when I was a kid to skate. Once I reached my 40th birthday, I decided I didn’t really care about cool or…

A week after a toddler was killed by an alligator at Disney World in Orlando, another Florida gator attacked a 58-year-old man, sending him to the hospital. An eight-and-a-half-foot alligator — weighing about 300 pounds — bit the man on a county road in Bushnell on Tuesday night, a local CBS affiliate reports. When officials…

via Another Alligator Attacks in Florida, Biting a 58-Year-Old — TIME

After the first trailer for Rogue One: A Star Wars Story set fans speculating over the identity of a Darth Vader-esque, black-robed figure, it has been confirmed that the original supervillain himself will indeed be appearing in the upcoming spinoff film. The announcement was made on the cover of Wednesday’s issue of Entertainment Weekly, which…

Game three, but only two seconds in round one. Hope the black dudes hands are ok from hitting Justin so many times in the face. I give it to Justin though he didn’t back down for anything here. Now he was thrown down but he didn’t back down.

Justin Bieber got into a fight outside a Cleveland hotel last night after Game 3 of the 2016 NBA Finals. And we don’t mean, like scuffle or anything, we mean full on fight. With a 300-pound+ black dude. So if you’ve ever wanted to see this guy get tossed like a rag doll, now’s your…

From Our Home to your Home
Create a free website or blog at WordPress.com.